In All Saints’ parish church there is plaque commemorating the dead of the Great War which, curiously, bears a different list of names to those on the War Memorial. You can find it on the wall above the pulpit. 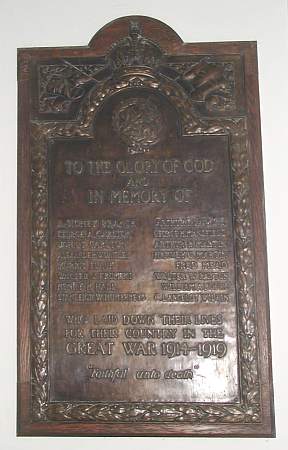 The plaque reads as follows (the names are recording upper case, not lower case as shown here):

TO THE GLORY OF GOD
AND
IN MEMORY OF

There’s also a small difference in spelling. On this memorial we have Henry H. Hall but on the war memorial he is recorded as HH Halls. 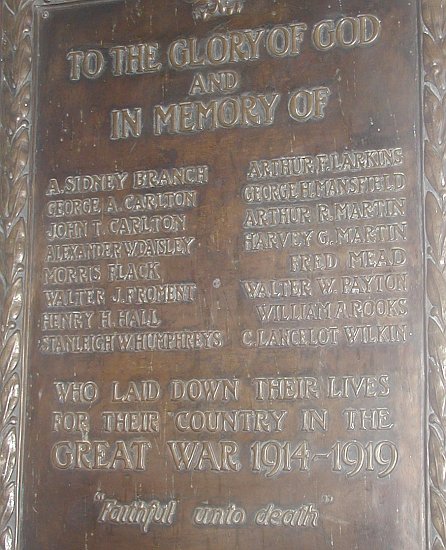